Creating Pathways for Women in Tech 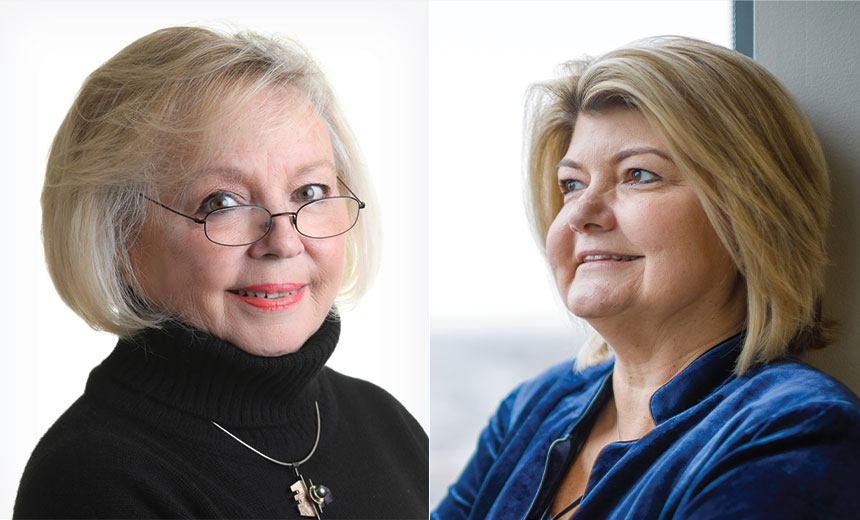 Sheryl Root is Program Director of Carnegie Mellon University’s Silicon Valley MSc in Technology Ventures program and an Associate Professor for the MSc in Software Management program. In her role as director and faculty, Root develops curriculum and teaches courses that merge technology with entrepreneurship.

Root is also the owner of RootAnalysis, a consulting firm specializing in corporate strategy and marketing. For more than 13 years, Root’s firm has worked with C-level Silicon Valley executives at high-tech companies, such as HP-Compaq, Oracle/PeopleSoft, Hyperion, Philips, Novell, and many startup organizations.

Sandy Carter is Vice President, Public Sector Partners and Programs at AWS. In this role, she is responsible for evolving partner models to intensify partner innovation, AWS cloud adoption and creation of mission critical cloud solutions with partners across public sector. She previously built an enterprise workload team as the Vice President of Enterprise Workloads at AWS focused on migration and modernization through containers and serverless.

Carter has been a founder and CEO of a startup, and her last role at IBM, she ran the Cloud and AI/ML Ecosystem on behalf of the IBM corporation. Carter is the Chairman of the Board of Girls in Tech, Chairwoman for WiTi, and an adjunct professor at Carnegie Mellon University Silicon Valley.

Despite continued efforts to get women and girls involved in tech, the U.S. Department of Education reports a 10% decline in the share of women earning bachelor’s degrees in computer science from 1993-2016. As two successful women in tech, Sandy and Sheryl recognize that there’s a lot of work to be done but are nowhere near giving up. And they have some ideas for making classes more exciting for young girls, as Sandy says:

“I’m chairman of the board of Girls in Tech. And one of the things that we’ve done is we’ve created hackathons on subjects and areas that are really interesting to young girls. So for instance, we did a hackathon on fashion IoT, and we created LED embedded fabric and rings, and we taught the girls, ‘Look technology’s embedded in this ring, it’s embedded in these clothes!’ and got them really interested in it so that they would see the power of programming.”

In this episode, Root and Carter discuss: