Chinese Ambition and Our Existential Threat 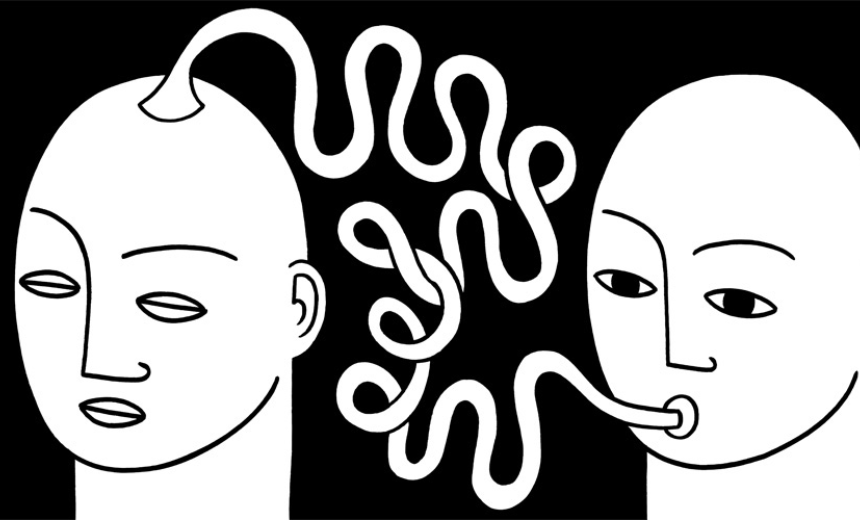 We spent the better part of six years attempting to establish an MDR delivery branch in mainland China, with a sales office, a technology center and a SOC. In the process, we were forced to turn over all of our IP, succumb to review of sales and marketing plans, partner with a sub-agency of the Ministry of Defense and pay management fees along every step of the process.

What I learned first-hand, was that China, aka the Chinese Communist Party, believes it is in a generational fight to surpass the USA in economic and technological leadership and conquer the West.

There is zero doubt that China is engaged in a full-on effort to become the world’s only superpower not through innovation, not through lawful competition, not by granting citizens the freedom of thought, speech and creativity that we enjoy and take for granted in this country, but instead through any means necessary with an emphasis on cyberwarfare, and in the process, bypassing any self-development steps along the way.

We are now engaged in an outright, yet undeclared, war with China on several fronts.

China always uses a diverse range of sophisticated techniques, from cyber intrusions to corrupting trusted insiders – like the country managers to whom we had to pay “fees” in order to progress toward opening our business in Beijing. They’ve mastered an expansive approach to stealing innovation through a wide range of actors including Chinese intelligence services and state-owned organizations, “private” companies, graduate students and researchers, and a whole variety of other actors too numerous to name.

To achieve its goals and surpass America, China knows it needs to make leaps in cutting-edge technologies and the fastest and easiest way to do this is to steal American IP and then use it against the very companies from whom it was stolen. Research is targeted on everything from military equipment to wind turbines to rice and corn seeds.

Through their Thousand Talents Program, the Chinese government forces scientists to secretly bring our knowledge and innovation back to China, in spite of laws against the theft of proprietary information and export controls and conflict-of-interest rules.

One of hundreds of documented cases involves a fellow named Shan Shi, a Texas-based scientist, who was sentenced to prison earlier this year. Shi stole trade secrets regarding syntactic foam – an important naval technology used in submarines – after being accepted into the Thousand Talents Program, and specifically pledging to “digest” and “absorb” all available relevant technology in the United States. He did this on behalf of Chinese state-owned enterprises, which ultimately planned to put American manufacturing companies out of business and take over the market.

In one of the more comical, though tragic, aspects of the scheme, the conspirators actually turned around and patented in China the very manufacturing process they’d stolen, and then offered their victim American company a joint venture using its own stolen technology. An American company that spent years and millions of dollars developing that technology was forced to partner with the perps who would grant permission for its use in China.

There are now more than a thousand investigations the FBI is conducting into China’s actual and attempted theft of American technology, plus well over a thousand more ongoing counterintelligence investigations of other kinds related to China. The FBI reports that over the past decade, they’ve seen economic espionage cases with a link to China increase by 1,300 percent.

The stakes could not be higher, and the potential economic harm to American businesses and the economy as a whole almost defies calculation.

As National Security Advisor O’Brien has repeatedly discussed, the Chinese government makes liberal use of hacking by both military and non-state sponsored hackers to steal our corporate and personal data.

The Equifax intrusion which resulted in the theft of sensitive personal information of huge numbers of the American public led to the indictment of multiple Chinese military personnel and served as a real and present danger scenario the PRC regularly perpetrates against essentially defenseless U.S. targets.

Compounding the threat, the data China has been methodically stealing is of high value as they attempt to identify targets for secret intelligence gathering. China leverages social media platforms to identify people with access to our government’s sensitive information and then target those people to try to steal it.

A Chinese intelligence officer posing as a headhunter on a popular social media platform recently offered an American citizen a sizeable sum of money in exchange for so-called “consulting” services. That sounds benign enough until you realize those “consulting” services were related to sensitive information the American target had access to as a U.S. military intelligence specialist.

The objective of Influence Cyber Operations (ICO) is predominantly to exert power by influencing the behavior of a target audience; the ability for A – to the extent that he can – have B do something that B would not otherwise do. Influence Operations are thus assumed to modify attitudes and shape opinions through the dissemination of information and conveying of messages.

However, there are more intrusive ways to influence a specific audience that remain in the information realm but can no longer be regarded as the application of soft power as they are no longer designed to achieve their objective solely through ‘attraction’.

In the hands of the Chinese and our other adversaries, Cyberspace offers numerous possibilities for these kinds of coercive operations, which are designed to influence a target audience by changing, compromising, destroying or stealing information.

The main attraction of the use of ICOs lies in the fact that they are generally limited in scope and difficult to attribute, thereby limiting the risks of escalation and countermeasures. This is especially reflected in the Russian approach to Information Warfare, which considers it as an instrument of hard power. By contrast, because of the importance Western democracies attach to issues of legality and transparency, their options for using ICOs remain, in principle, limited.

As long as Americans remain focused elsewhere, our adversaries in cyberspace may conduct themselves in whichever manner suits their ambitions. Yet without acute attention from the government or our institutions – including the news media – very little will be done to improve our ability to either detect or defend ourselves from cyberattacks.

Another tool that the Chinese Communist Party uses in conjunction with ICOs to manipulate Americans is what is known as malign foreign influence.

China is engaged in a highly sophisticated malign foreign influence campaign, and its methods include bribery, blackmail and covert deals. Chinese diplomats also use both open, naked economic pressure and seemingly independent middlemen to push China’s preferences on American officials.

One example might be that an American official is planning to travel to Taiwan, and China opposes this trip as it would give credibility to Taiwanese independence from China.

China has leverage over the American official’s constituents as American companies, academics and members of the media all have legitimate and understandable reasons to want access to Chinese partners and markets. And because of the authoritarian nature of the Chinese Communist Party, China has immense power over those same partners and markets.

One approach might be to leverage a company from that official’s home state by withholding the company’s license to manufacture in China. The economic impact would be calculated to force the company to directly pressure the American official to alter his travel plans. If that path is unavailable, another approach would be to identify the people closest to that official and work on them to influence the official. The co-opted middlemen, of course, aren’t telling the American official that they’re Chinese Communist Party pawns — and worse still, some of these intermediaries may not even realize they’re being used as pawns, because they, too, have been deceived.

Similarly, China often pushes academics and journalists to self-censor if they want to travel into China. And we’ve seen the Chinese Communist Party pressure American media and sporting giants to ignore or suppress criticism of China’s ambitions regarding Hong Kong or Taiwan. This process is happening over and over, all across the United States.

The pandemic has unfortunately not slowed any of this down and in fact, it is reported from federal, state and even local officials that Chinese diplomats are aggressively urging support for China’s handling of the COVID-19 crisis. We recently had a state senator who was approached by intermediaries and asked to introduce a resolution supporting China’s response to the pandemic.

As outrageous as this may seem in light of indisputable evidence to the contrary, it showcases the height to which the Chinese will ascend up the pyramid of lies and misinformation, based on the not altogether inaccurate assumption that the average American is too lazy to fact check.

The combination of ICOs, cyber-attacks, malign foreign influence, the never-ending series of probative excursions into our critical infrastructure, coercion of students and scientists and venture investments often led by American VCs is a near-perfect storm that threatens to destroy our lives as we have lived them.

It is easy to see where this is headed. If we don’t act soon to stop this advance, we will be inevitably taken over and consumed by our own inattention and acquiescence to a hundred year plan operationalized by our number one adversary.

Tomorrow may be too late.