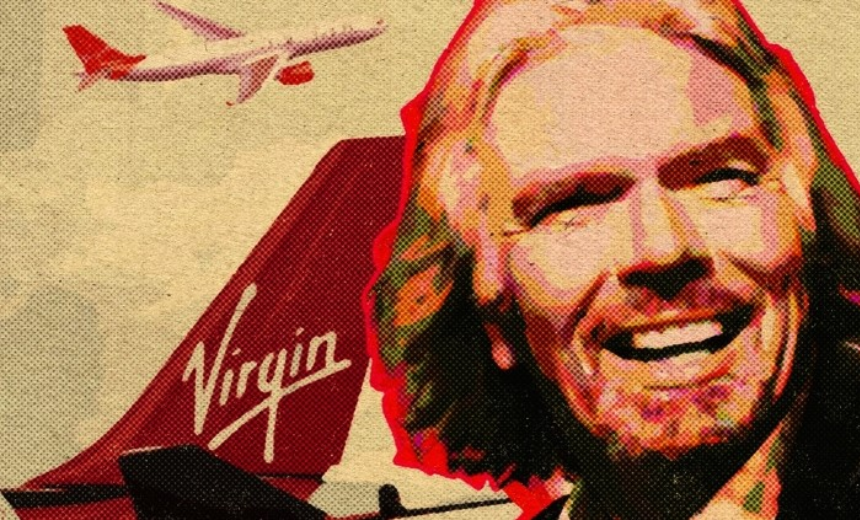 A Model for Success

He is clearly successful and is a likely icon for others seeking similar success.

But Richard actually came from an upper middle class family with a loving set of parents and attended private schools. His father was a lawyer and his mother was a flight attendant in an era when that was deemed a glamorous profession.

In 1970, Branson launched Virgin Mail Order Records and then used the profits to found the music label Virgin Records in 1972. He earned his first million in 1973, when Virgin recording artist Mike Oldfield sold over 5 million copies of his record, “Tubular Bells.”

A Model for Failure?

Jack Ma, on the other hand, was born and raised during the rise of communist China and its isolation from the Western world.

His parents were traditional musician-storytellers (aka gypsies) and they didn’t make enough to be even considered middle class. Jack failed in his primary school examinations, not once, but twice!  He failed three times during his middle school exams. When applying to universities after high school, Jack failed the entrance exams three times as well, before finally joining Hangzhou Normal University.

He even applied and wrote to Harvard University about being admitted ten times – getting rejected each time.

After finally earning his bachelor’s degree, he tried and failed to get a job at 30 different companies. When KFC came to China, 24 people applied for a job there and 23 were accepted. Jack was the only guy who wasn’t. He was also one of only 5 applicants for his local police force and was the only one rejected.

When Jack Ma was first introduced to the internet and computers, personal computers were pretty rare in China at that time, and the internet and email were non-existent in the PRC. The first word he searched on the Mosaic browser was ‘beer’, and it popped out results from different countries, but none in China. He then searched ‘China’ and not a single result came up.

That prompted him to imagine an e-commerce company that sold only goods manufactured in China and only to Chinese consumers.

After a year, he finally persuaded 17 friends to invest in his new e-commerce startup – Alibaba – the company he started in his apartment. It was only much later that he decided to accept a $20 million investment from SoftBank and another $5 Million from Goldman Sachs. The biggest challenge Jack Ma and Alibaba faced was building trust among the highly skeptical Chinese consumer that an online system of payment and package transfers was safe, because that sort of thing had never been done in China before.

Today, Jack is one of the richest men in the world, yet prior to starting Alibaba, Jack had never written a line of code or sold anything to anyone. Second only to Walmart in annual revenue, Alibaba dwarfs all Virgin properties combined.

Jack Ma is a firm advocate of his controversial work culture dubbed ‘996,’ which refers to working from 9am to 9pm six days a week, while Richard Branson believes that long work hours are “bad for you” and that working 9 to 5, five days a week, with the weekends off is the right way to achieve work/life balance.

There are many theories on the most productive way to achieve success and thousands of business books have explored them all.

In my mind, the formula is simple. Assuming you love what you do and are passionate about it, the only path to success is through an inordinate amount of hard work. To paraphrase Anne Landers, “Opportunities are usually disguised as hard work, so most people don’t recognize them.”

If you don’t love what you do and are not passionate about it, you should stop doing it immediately, because every minute you spend on whatever that is, will be wasted.

And the most annoying reality about time is that we only have a small and limited supply.