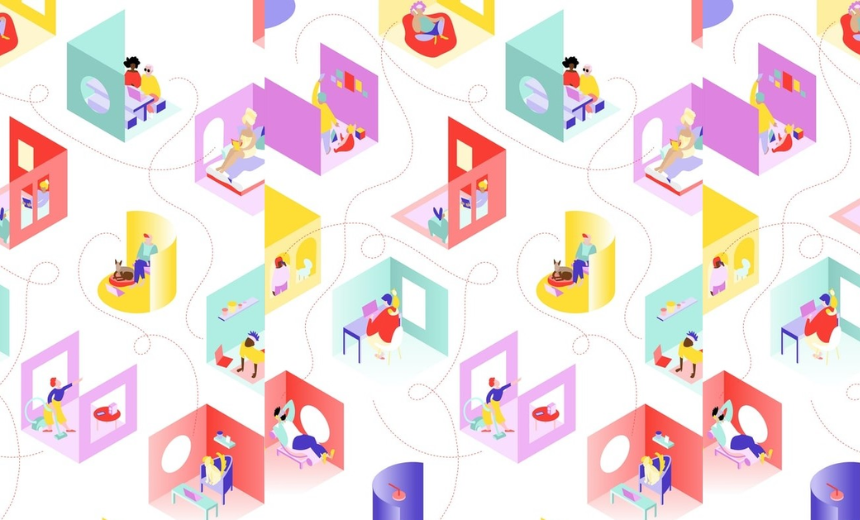 In November 2016, Donald Trump — the dark horse of the presidential election season — was elected to the highest seat in global governance: the President of the United States. The election aftermath was fraught with controversy. And while the election results cannot be attributed to any single reason, the U.S. intelligence community posits that Russian propaganda and disinformation campaigns played a role in circulating and affirming perceived grievances. These claims argue that such campaigns ultimately contributed to shaping Donald Trump’s persona into the candidate who would defy political formalities.

While new to the mainstream lexicon, “fake news,” “alternative facts,” and “disinformation campaigns” are well-worn strategic tactics that have been leveraged throughout history by many actors including the Soviet Union and United States during the Cold War. The 2016 election cycle was not an anomaly to these methods of interference between the two countries, but rather they were merely thrust back into the global spotlight.

The twentieth century was rife with state-crafted information operations before, during, and after the Cold War, and during each era these interferences sought to massage social consciousness and reshape mass perception. From the Bolsheviks to the KGB, the arms race and perestroika, Russian-Soviet propaganda and weaponized information strategy has been nearly unmatched. At the same time, information operations and strategic signaling have been instrumental to the way the U.S. has sought to bend, leverage, and control the great power landscape with Russia and other foreign adversaries.

A Brief History of Soviet Disinformation and Active Measures

Two Soviet strategies employed by the State, and are regularly cited are: disinformation (дезинформация) and active measures (активные мероприятия). Joseph Stalin’s Special Disinformation Office in 1923 was the first documented use of disinformation as a specific method of Russian/Soviet strategic influence and would go on to embed itself into the fabric of early Soviet hybrid warfare. The Great Soviet Encyclopedia describes disinformation (дезинформация) as, “propaganda in order to mislead public opinion, especially in cases of relations between the capitalist and socialist states (пропаганды с целью ввести в заблуждение обществ, мнение, особенно в тех случаях, когда речь идёт об отношениях между капиталистич. и социалистич. гос-вами).” Sociologists, Garth Jowett and Victoria O’Donnell, elaborate in their seminal text, Propaganda and Persuasion, that: “Disinformation is made up if news stories deliberately designed to weaken adversaries and planted in newspapers [or other media sources]. The stories are passed off as real and from credible sources.[1]”

While the digital medium is new, disinformation and misinformation strategies are consistent with foreign interference efforts of the past. As discussed in Part 1, on November 17, the Senate Judiciary Committee questioned Dorsey and Zuckerberg on their platforms’ understanding of misinformation, a term – along with disinformation – that has largely become embedded in the mainstream vernacular due to the alleged Russian interference in the 2016 election. The Russian disinformation campaign leading up the 2016 election leveraged American free speech values by propagating disinformation in both far-right and far-left social media forums thereby allowing American users to be unknowing conduits of misinformation among one another. To this end, the strategy behind the 2016 election influence sought to instigate both sides of the aisle to magnify the fault lines of political partisanship and agitate culture wars. By stoking both far-right and far-left persuasions, the hyperbolic discourse conducted in the social media public square was cacophonous and further amplified by grenades of ideologically-driven click-bait and conspiracy.

While Facebook and Twitter have adopted and employed far more sophisticated methods and algorithms to identify mis- and disinformation, the rampant flagging of false narratives has led to censorship fatigue. This has, in turn, exacerbated the perception of partisan bias in the social media sphere.

Disinformation thrives in democratic systems whose double-edged sword of free speech liberties empower and encourage civil discourse. At the same time, these same liberties create inherent vulnerabilities that can be misused through foreign intervention, hate speech, and extremist ideology. It’s in this space that conspiratorial belief sets take shape and can beget violent action. Perhaps the most prolific conspiracy theory of 2020 is QAnon, which has become increasingly well-known throughout the political campaign season.

The QAnon conspiracy emerged in 2017 on the unmoderated forum, 4chan, and is supposedly run by an anonymous government employee with top-level security clearance whose alias is Q. Q posits the notion of a “Deep State” with an expansive worldwide influence controlled by a secret cabal of pedophiles whose agenda is to undermine Donald Trump. Most troubling is the widespread belief in the legitimacy of QAnon’s theories up through the political chain. According to the Pew Research Center, the number of Americans who have become familiar with the once-fringe conspiracy increased dramatically from 23% in February to 47% in September of 2020.

Knowledge of a conspiracy and belief in it are markedly different things, yet familiarity with the subject opens up opportunities for doubt in a social landscape already rife with mistrust and doubt. Disinformation, misinformation, and conspiracy theories prey upon perceived grievances, whether socio-economic, ideological, political, or other; they offer up simplistic answers for complex existential woes as to why someone might be a victim within their own environment. As such, disinformation seeks to capitalize on the human tendency toward in-grouping and out-grouping; reductively bifurcating groups of people into tribes of in/out, us/them, democrat/republican, radical left/radical right, and so forth. This approach bleaches public discourse of nuance and fails to recognize the complexity of human thought, perspective, and experience.

Disinformation is intentionally deployed by nefarious actors, in order to shape public opinion and affect policy outcomes. Thus, it is our responsibility as members of civil society to become more empathic and critical thinkers as we resist becoming conduits of misinformation and conspiracy.

Fight for answers and corroborate truth. Learn the landscape of disinformation and actual fake news. Just because a piece of media is contrary to a personal opinion does not invalidate its legitimacy. There are no alternative facts. Learn to spot fake news sources that have been set up by foreign or domestic adversaries in order to create confusion in the digital landscape. If a news article seems to contradict a widely-held truth, it’s more likely that the source is illegitimate. Resist simplicity, lean into complexity. Learn to read subtext, catch nuance, and lean into the complexity of issues that go beyond partisan hallmarks. Rarely is an issue cut and dry.

Uncensored social media sites and forums such as Parler, 4chan, 8khun, Bitchute, and Newsmax are highly susceptible to conflating fact and opinion, and are breeding grounds for redpilling. If you peruse them, do it with discretion and a critical eye.

Where to start: A great investigative resource for this is Bellingcat and fact checker is Snopes.

2. Assume the posture of a learner, not an expert

We are not all experts on all things. Whether it’s nuclear deterrence, environmental policy, public health, or the economy, the average person is not an expert on all things and subscribing to a position based on political affiliation alone makes susceptibility to false information in order to feed a pre-existing allegiance.

Where to start: Peruse unbiased presentation of issues at Pulitzer Prize-Winning PolitiFact.

3. Reestablish faith in the fourth estate

A media unencumbered by the State is a pillar of democracy and one that should be fought for. But not all media is created equally, nor should it have the same level of authority for imparting truth. Opinion pieces should be weighed differently than objective reporting. Although all media has a slant, this is not a reason to invalidate a source.

Where to start: Read the New York Times and The Wall Street Journal, The New Republic and The Federalist, CNN and Fox News. See how the same story or issue is being framed from different perspectives and sharpen your critical thinking skills as you learn to see from a multi-faceted lens. Disinformation lacks subtext besides othering an oppositional perspective. Use critical thinking to push back against the simplicity of disinformation and conspiracy.

Why someone believes something so fervently is often just as important as what they believe. Whether it’s Black Lives Matter, pro-life movements, second amendment advocates, or promotion of LBGTQ+ rights, there is a grievance and conviction beneath the politics. Where does it come from and why does it matter?

Disinformation’s endgame is to divide and the antidote is truth and empathy.

Where to start: Read opinion pieces and exercise perspective-taking on a contrary position. Even better, have conversations with those who hold opposing opinions.

Postmodern America and the security realities that stem from it are riddled with complexities and competing ideas; but in our collective search for substance and inclusion, we need to steer away from conflating diversity of thought with polarity of truth. If we don’t, we’re doomed to become a society of moral relativity and there will be no line between information and disinformation, truth or fiction.

Allie Wong
Allie is the Marketing Project Manager at CyberTheory. As a former marketing Director and United Nations consultant, she has an extensive and varied background in areas of security and strategic communications. Her research specializations include CBRN disarmament, nonproliferation, national security and intelligence, counterterrorism, and hybrid warfare. She holds a Master's in Nonproliferation and Terrorism Studies from the Middlebury Institute of International Studies, a Master's in WMD Nonproliferation, Nuclear Policy and Global Security from the Moscow State Institute of International Relations, and a Bachelor's in Human Rights from New York University.
Previous Post
Censorship, Suppression and the 2020 Election
Next Post
Fire in the Hole
Menu