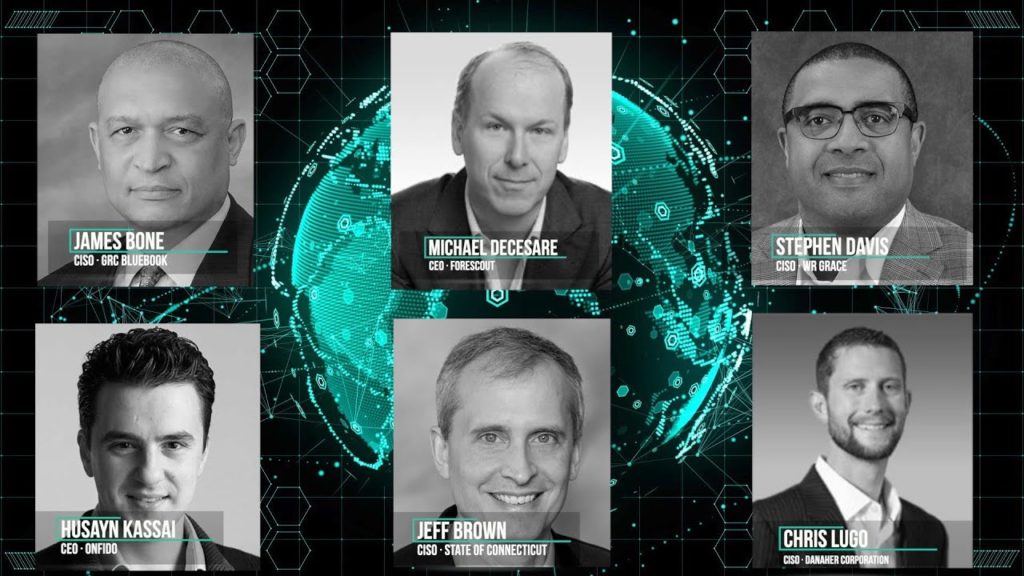 Are You Prepared for the Exponential Increase in Threat Velocity with 5G and Connected Devices?

A hybrid workforce, heightened insider risk, 5G concerns over the expanded attack surface – these are the “more” that people reference when they talk about “doing more with less” in 2021. How do security leaders prioritize budget allocations for these concerns? That is among the questions debated by this CEO/CISO panel.

Click here if you have a question about this panel

Outline of This Episode

In the latest Cybersecurity Leadership panel discussion hosted by ISMG and CyberTheory, these CEOs and CISOs discuss:

Participating in the latest in a series of cybersecurity leadership forums are:

CEOS: Michael DeCesare of Forescout and Husayn Kassai of Onfido.

Bone is the author of “Cognitive Hack: The New Battleground in Cybersecurity – The Human Mind” (Francis and Taylor, 2017) and is the founder and president of Global Compliance Associates LLC and executive director of The GRC BlueBook.

With more than 25 years of industry experience, including serving as president of McAfee, DeCesare is leading the cybersecurity charge as CEO, president and board of directors member at Forescout.

Davis is the CISO overseeing all information security functions for W.R. Grace & Co., a $2 billion Fortune 100 worldwide conglomerate that’s a manufacturer and distributor of specialty chemicals. Previously, he served as the global CISO for Intercept Pharmaceuticals.

Lugo is global CISO at Danaher Corp., a Fortune 500 globally diversified science and technology conglomerate. He began his career at Discover Financial Services, where he held a number of technology and information security roles. He then moved on to Hilton Worldwide as vice president of information security and compliance before joining Danaher Corp.

Brown is CISO of the State of Connecticut. Immediately prior to this role, he was CISO, life and retirement, at AIG. He has also held senior information security leadership roles at BNY Mellon, GE Capital, Citigroup, Goldman Sachs and Merrill Lynch.

Kassai is the CEO and co-founder of Onfido. Based in London, he sets the direction and strategy for the company. In 2016, he was named as one of Forbes’ “30 Under 30” and as the Startups Awards’ “Young Entrepreneur of the Year.”

Click here to view the rest of the series
Category: Leadership Series